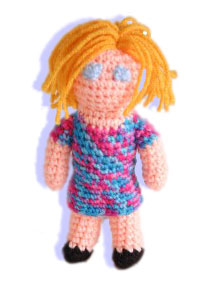 I am an award-winning editor and writer who is extremely comfortable on television and at public events; a leader who has been recognized for a passion for mentorship; an ideas person who excels at bringing a vision to life.

Until recently, I was the executive editor for special projects at More magazine, where I top edited the finance, career and fashion coverage—and also did a whole lot more. I appeared frequently on TV and at public events to promote the brand. For instance, because of one of the stories I edited, I moderated a panel on Capitol Hill that was attended by five Congresswomen, and moderated another panel that took place at a police academy in New Jersey. Previously in my career, I worked at Good Housekeeping, Reader’s Digest and Seventeen, and for five years I was a freelance writer.

Stories I have edited or written have won a number of honors, including awards from MIN, the National Women’s Political Caucus, Clarion, Folio, the American Legion and Columbia Journalism School. But the award I am most proud of is being named one of five finalists for Magazine Mentor of the Year from the Magazine Publishers of America. I built on that passion for mentorship by starting the first-ever Reciprocal Mentoring program at Meredith Corporation, an idea I conceived and pitched to senior management.

I graduated from Harvard University; I live in Brooklyn with my husband and son. I love to swim laps, read mystery books and make quilts out of Marimekko fabric, and maybe in my next life I’ll have more time to do all three.